An exhibition at the Crawford Art Gallery, Distant Relations: Portraiture and Genre Painting in 19th Century Cork,presents a view of Victorian Cork which is highly relevant to the contemporary issue of our nation’s treatment of women and girls. “Victorian values on moral regulation affected the lives of women most particularly. Women were expected to behave according to a lady-like ideal and to be the ‘angel of the house’, figure of probity, goodness and civic responsibility.” Though historic, the exhibition offers the opportunity for feminist analysis of primary source material from a society which created the Magdalene Laundries and Mother and Baby Homes.

Peter Murray’s curatorial decision to display three panels of handmade lace samples alongside  high art portrait paintings of local women is significant because academic art theory is concerned with categorisation and separation of craft and art, with painting at the pinnacle and crafts at the base. Mastery of the technique of lace-making required study, patience and hours of practice. Irish lace was and still is revered for its intricate design and highly accomplished rendering. Murray’s decision creates a direct link between the lace and the content of the paintings, featuring local women dressed modestly in heavy black gowns with lace collars (and at times cuffs and bonnets) providing subtle and reserved decoration to the severe clothing. The centrality of the lace samples provide an entry point, and an anchor, for viewing the exhibition as a whole.

The exhibition essay and supporting archival material inform us that Cork School of Art Headmaster “James Brennan was at the forefront of developing lace-making as a craft that could be practiced by women”. This was an approved form of women’s work which provided income and at times, economic independence to the craftswomen. A cabinet containing archival photographs of women in lace-making classes and a pattern book sends the viewers mind into narrative mode, thinking about the lives of the lace-makers. Adjacent to the cabinet A Portrait of a Monk (Edward Sheil, 1834-1869) connects the methodical craft of fine lace-work as one that has parallels to monastic life and activity. The gallery’s web archive informs us that “an important branch class of the School of Art, which was held in Convent of the Poor Clares, Kenmare, concentrated on teaching nuns and students the art of lace-making”.

Pondering the promise of economic independence through lace-making, the earning power of a skilled crafts-woman and the idea of monastic life – the story of Esther Harrington, a talented needleworker, comes to mind. Esther’s 70 years of labour and confinement, in the the Cork Good Shepherd Magdalene Laundry, went unpaid and unrecognised. Institutionalised at the age of five following the death of her mother,  Esther was forcibly retained thereafter despite family attempts to bring her home. Her time in the laundry began in the early 1900’s. By that time the Order had totally absorbed the ethos of penitence as salvation for fallen ‘children’ who the ‘Mother’ must endeavour to save through enforcing a regime of punishing work and life-long confinement. Esther had committed no crime but she would have been subject to the ‘moral regulation’ of the Sisters and convinced that she was of little value in spite of the economic benefits she brought to the Order.

Institutions like the Good Shepherd Laundries were established in the 1800’s (initially by lay-persons) in order to facilitate ‘rescue work’ of so-called ‘fallen’ women, particularly prostitutes, in the hope that through training these women could choose other work and a different lifestyle. This aim proved unrealistic when it became clear, to the ‘fallen’ women, a life in the institution was far worse a fate than the lives they were currently leading. In this era of increasing concern over the moral regulation of the masses, Cork was a notorious British Military Garrison city with associated social ills such as prostitution and alcohol abuse. The controversial 1864 Act “for the Prevention of Contagious Diseases at Certain Naval and Military Stations” was designed to protect military Officers from contracting venereal disease from the prostitutes whose services they engaged. An 1866 amendment meant that these women were legally required to submit to periodical gynecological examinations, and if found to be infected they were confined to a Certified Hospital for up to six months. Women who displayed no symptoms were released with a de-facto endorsement of cleanliness and they subsequently referred to themselves, subversively, as the ‘Queen’s Women’ and her majesty’s Officers could continue to avail of their services free from the threat of venereal disease. ‘Cork prostitutes were commonly recruited from the ranks of low dressmakers and servants’, training in lace-making was not an option within their reach. It was because of these women’s lack of options that many ended up in the Good Shepherd Laundry. It was this low status which often prevented criticism of how the women were treated by the Religious who the State left unsupervised.

The the works in the exhibition through a feminist lens. Patriarchal societies largely place the onus for the moral regulation of society on women. While the military officer’s consumption of women in prostitution was seen as a social ill, respectable middle and upper class men could consume the female form through the socially acceptable fine arts. Whilst the portraits of Cork-based women-of-status depict them as reserved and emphasising modesty, the contemporaneous religious paintings show women in states of passion, pain and ecstasy. The Magdalen (copy after Carlo Dolci, 1616-1686) is a representation of an incredibly beautiful, young, repentant Mary Magdalene clutching her breast and gazing open-mouthed towards the heavens. The expression of such emotion is idealised, and often sexualised, in such painted representations whilst simultaneously being denied to the real women of the time. 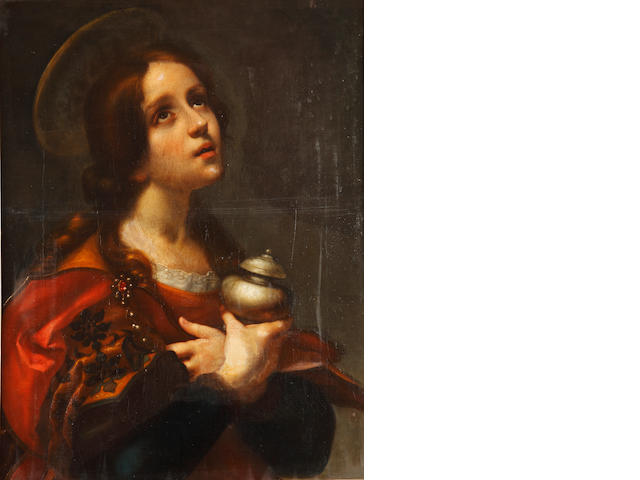 Other works selected for Distant Relations show the varying contexts into which the female figure was placed. A sculptural representation of Spring (Edward Ambrose, 1814-1890) as a diminutive and erotic female places women in the role of sexual object. The nude figure appears to be scattering flowers which she holds above her head and balances on her hip whilst standing, improbably, at a strange angle with her body contorted in a flattering pose. A strategically placed cloth hangs from her belted waist, covering her pubis but emphasising her nudity. The representation is about a third the size of a real human female which underscores its purpose as a mere object.

Central to the exhibition is an allegorical painting, Portrait of Mabel Arnott, by Jeannie Ashton Hackett (1876-1905). The painting depicts a prepubescent girl in an elaborate dress. She holds lilac and laburnum flowers, symbolising early love and danger respectively. The painting is rich with luscious tones and sensuous flowing lines of composition. The child’s cheeks are flushed and she appears to be aware of the gaze, which she innocently returns. Though the artist is female, it is the male gaze that is engaged here to affirm the threat of sexual desire and ‘justification for the gendered separation of public and private spheres’. The painting would have served as a lesson or warning, which Victorian moralists would have understood and enforced.

Perhaps the nearby sculpture of, A Girl Caressing a Child, (James Heffernan, 1785-1874) was also intended as a moralistic lesson, a warning on young motherhood. This could explain the inexplicably bared breast of the pubescent girl, perhaps she had been nursing the child. Otherwise the breast is exposed simply for the viewer’s pleasure in a society the actively suppressed female sexuality. The girl is not given status as ‘mother’ in the title and something about her pose – the raised knee, sad face and tenderness in gesture – implies a narrative of a parting embrace. Through contemporary eyes, aware of our nation’s treatment of mothers, one can experience profound sorrow in viewing this work.

Following a diagonal path away from this work, another sculpture, Sleeping Child (Thomas Kirk 1781-1845), continues with this theme of maternal separation. The life like rendering of the the figure is sentimental, engaging mind with the thought of a newborn baby; full of life, innocence and our projected hopes. However the materiality of the marble establishes an unsettling dichotomy of entombment or death in the depiction of this iconic symbol of new life and the recent grim discover at Tuam lingers in memory. The stone child is the a memento-mori of a baby; perhaps the sculptor’s services were engaged by a bereaved family or it was intended as a wider comment on high child mortality rates at the time, or maybe the artist simply had the dubious opportunity to study an infant’s corpse.

Ireland’s institutions of Laundries and Mother and Baby Homes crossed the island’s divide of Catholic and Protestant social practices. When we look to understand the past many of us now see the Irish Catholic Church’s role in the the repression of sexuality and the shaming of women as central to the treatment of women historically and contemporaneously. Many of us have been taught to view the Protestant Church as opposite or othered in terms of an Irish Catholic upbringing but both Church’s values are Christian and it was Christian values that shaped Victorian moralism. Both Churches undoubtedly assimilated the Victorian belief that an individual’s misfortune was her own fault and for the nuns this justified their treatment of women internees as appropriate to their perceived crime. For Catholic women the crime was characterised by a focus on impurity and sin. Protestant-run (and often evangelical) homes held primarily Protestant born women who were viewed as having failed to exercise personal restraint. The perceived failings of Catholic and Protestant women sent to institutions originates in the Victorian value-based system of moral regulation and its particularly unequal focus on the role and position of women within such a society. The exclusion of Protestant run homes from recent, and future, inquiries does not serve the interests of justice. The sectarian differences of the institutions are largely irrelevant when one considers that all of these women suffered; confinement, forced labour, torture and separation from their family members.

The exhibition has now ended